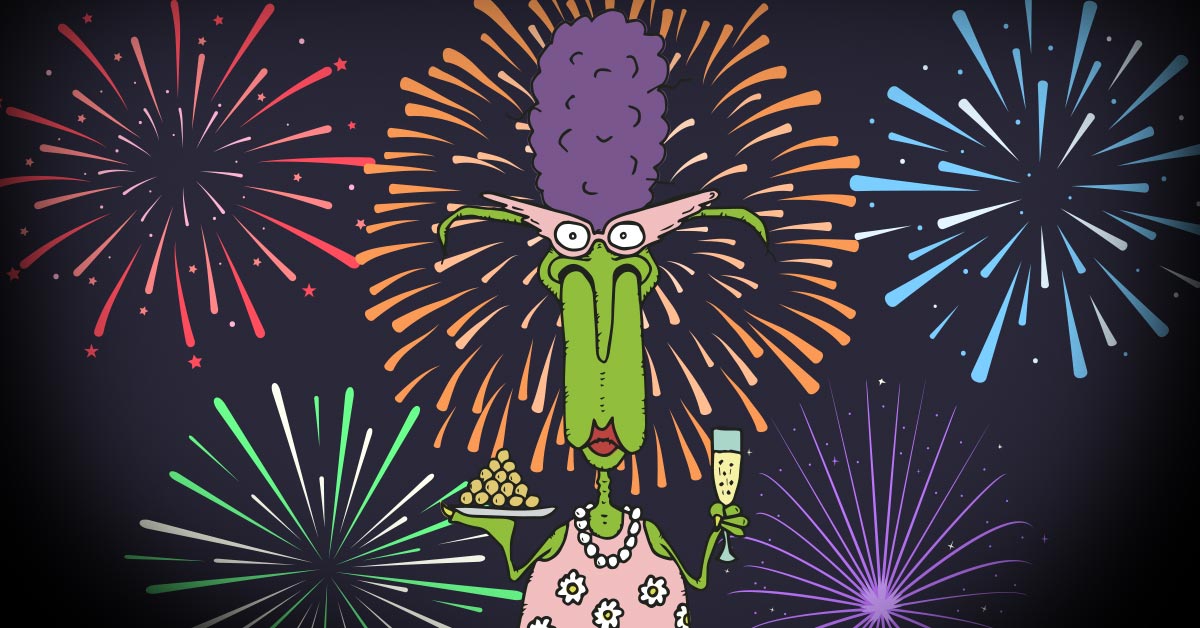 Happy New Year and thank you from Toon Hammer!

2018 has been an an awesome year. We published our very first game Gobblin’ Goblins, had our first stand at UKGE and made a tonne of new friends! Thank you so much to everyone who supported us and helped us reach this point, this really has been a dream come true and we can’t wait to carry on with our board game adventures!

Over the last couple of weeks we’ve been taking time out to recharge our batteries. We’ve been seeing friends, visiting family, playing lots of awesome board games (of course) and gobbling up excessive amounts of mince pies! So apologies if we’ve been a bit quiet in the lands of social media, but we’re back now and ready to attack 2019 like a goblin attacks a freshly baked mud pie.

So what have we got planned for 2019?
In the run up to the new year we’ve been busy prototyping and playtesting the next Toon Hammer board game. Progress has been good and we’re hoping to announce that one officially in the next few months. If you’re into sci-fi themed games with deck and engine building mechanics then it’s definitely one to check out! Keep a beady eye on progress via our Facebook dev group here.

We’ll also be appearing at UKGE again this year! Naturally we’ll bring along those smelly goblins and lots of biscuits (bribes). We also plan to demo Toon Hammer game number 2, so will be pushing to have a worthy prototype put together in time. As soon as we know where our stand will be lurking we’ll let you know too!

We’re also still touting those Gobblin’ Goblins over on Amazon. They sure were popular over the Christmas period, so we hope any gifted goblins were received well and they didn’t gobble up your festive treats while hiding under the tree. If you did gift/receive a copy and have time to leave us a little review on Board Game Geek or Amazon, we’d be super grateful. It would go a long way towards allowing us to make more games in the future.

That’s all for now folks! We hope you all had a wonderful time over the festive period and that 2019 brings you all the good things! 🙂

We are excited to officially announce the next Toon Hammer game. Arkosa – a 1-4...

To celebrate the launch of Gobblin’ Goblins on Amazon we’re giving away some...