We are excited to officially announce the next Toon Hammer game. Arkosa – a 1-4 player, deck and engine building sci-fi adventure! 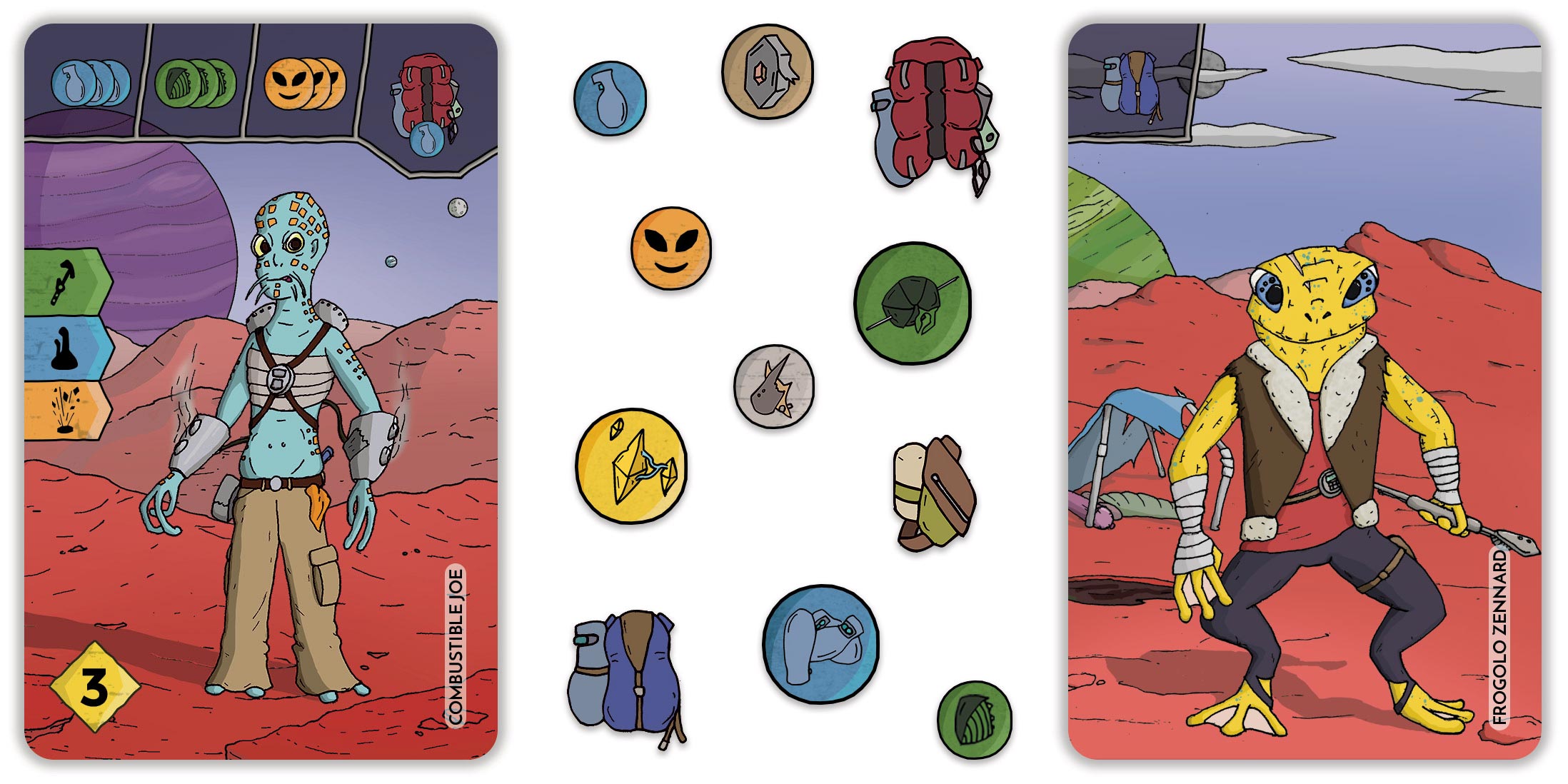 Since bringing the goblins to life we’ve been playing around with lots of potential new ideas for the next Toon Hammer game, but this is the one that’s really stuck. We felt we had enough of the gameplay and artwork finalised to announce it officially, however we’re still in the early stages of prototyping and testing. The aim is to try to bring the game to life via Kickstarter early next year.

In Arkosa, you’ll be developing your bunker, recruiting unique new colonists and trying to keep your population happy, fed, rested and breathing. However, the planet won’t make it easy for you. There’ll be regular attacks from the resident hostiles to contend with, plus a whole bunch of unique events that can occur to your intrepid explorers while they are out in the wastelands.

In order to claim victory you’ll need a well organised, productive and happy bunker. But only one colony will win the grand prize… a ticket off the planet. Want to know more? Find all you need to know here.

If you’re interested in getting involved with the project (reviewing, playtesting, promotion etc.) then please do get in touch here. We’d love to hear from you! We’re looking to get Arkosa to as many events as we can over the coming months. Our first outing will be to Stabcon South in Southampton on March 23rd. If you’re also going and are up for giving the game a go then let us know via the Arkosa page here.

We’ve fallen in love with Arkosa and can’t wait to show you more as we continue to develop the game. Make sure you follow one of our social media feeds if you want to stay up to date with progress. If you want to keep an even closer eye on the game, join the official game development group: The Toon Hammer Lab.

Join in our Friday Night...

A hacking most foul! Help us...

We can rebuild it, we have the technology! Rebuilding the Toon Hammer Facebook page after...